For those who have never been involved in sending a close friend or relative off to war, it is hard to imagine the myriad of emotions experienced on a daily basis – a mixture of pride and anguish that will never leave a parent, sibiling, or spouse until their warrior comes home. As a reservist myself, I cringe to think of the effect that a deployment would have on my parents. Fortunately, the culture surrounding military families provides for the single greatest support system that could exist around such a massive organization.

But on this day, we remember those who never came home as well as the families they left behind.

END_OF_DOCUMENT_TOKEN_TO_BE_REPLACED

(If you don’t get the title reference…get cultured.)

Missile launchers near the borders. American warships chugging towards the Korean Peninsula. A cartoonish North Korean guy threatening to wipe everyone else off the map. Once again, it seems like we are closer than ever to a second Korean War. Actually, it would technically be the same war since a peace treaty was never signed to end the first one, but I digress. To someone who is only moderately familiar with the situation, things look bad: North Korea, or Democratic People’s Republic of Korea as it is formally known, almost certainly has nuclear technology as well as rockets to deliver it with; they have the largest army by number of personnel in the world; and they have a young leader with something to prove. But are things really as bad as they think? Let’s face it; diplomatically, things with the DPRK are always screwed up to one degree or another. So let me offer a few considerations from a military perspective that will hopefully let you breathe a sigh of relief.

END_OF_DOCUMENT_TOKEN_TO_BE_REPLACED

But gullible people on Facebook would have you think so! My dislike for fake stories that circulate on Facebook is well documented, and I feel like I have been bombarded with this particular one lately. Not only can I not believe how many people fall for it, but I can’t believe that it is still circulating after so many years. So my friends, I am going to take a little time to explain why this, as well as many other stories on Facebook, is not true. If you haven’t had the misfortune of seeing this story on your news feed, then follow the break to learn what I am referring to…

END_OF_DOCUMENT_TOKEN_TO_BE_REPLACED

The age-old question of “what if?” can be both fun and interesting when applied to any facet of the past, whether it be to sports, entertainment, or in this case, history.  These so-called “hinge moments” are popular with alternative historians because they may have directly changed the course of nearly every aspect of the world that we live in. This is a look at some of the more unfortunate (or in some cases, fortunate) moments that happened in the lives of few to effect the world of many. Here, we examine the failed July 20 Plot against Adolf Hitler that may have changed the face of the modern world.

END_OF_DOCUMENT_TOKEN_TO_BE_REPLACED

Since the beginning of man, people have fought in order to exert their military, cultural, and economic dominance over another. This is the concept of empire: it is timeless and it is ever-present. But if history has taught us one thing, it is that empires always fall – and that is a fact that remains true for even the largest. Below is a list of a few of the greatest empires in the world that have stretched across cultures and continents.

The last imperial dynasty in China began with the sack of the Ming capital of Beijing in the mid 17th century, leading to pacification of the country and expansion beyond its previous borders. It included most of modern-day China, as well as Mongolia. By 1790, it was the largest in the world for a brief time, comprising one sixth of the world’s land mass and one third of the world’s population.

Unfortunately, the Qing Dynasty was plagued with almost every problem a country can have: corruption, natural disaster, rebellion, and military defeat eventually weakened the empire until its last empress was overthrown and the Republic of China was formed in 1911. Interestingly enough, the infant son of Empress Longyu would be installed as the puppet emperor of Manchukuo by the Japanese from 1932 until the end of WWII in 1945. Today, the Qing are credited with highly integrating Chinese culture into many facets of the nation.

END_OF_DOCUMENT_TOKEN_TO_BE_REPLACED

Tomorrow, future officers in the United States Army and Navy will debut newly-designed uniforms for one of the most intense battles in American history – although this one will be fought on a different type of battlefield. 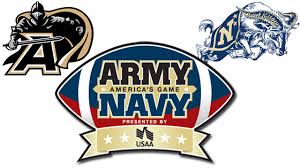 The slick lines, the shining black and gold, and the proud symbols of the finest ground fighting force in the world: all of them boldly say “we know who we are, and we are coming for you.” Tomorrow, on December 8th, the 113th Army-Navy game will kick off at Lincoln Financial Field. Both teams will be sporting new uniforms designed by the ridiculously talented people at Nike. While I am admittedly biased towards the ground-pounders, the Army uniforms are by far some of the coolest things I have ever seen been made for the gridiron. But first, a little background on this historic rivalry.

END_OF_DOCUMENT_TOKEN_TO_BE_REPLACED

The age-old question of “what if?” can be both fun and interesting when applied to any facet of the past, whether it be to sports, entertainment, or in this case, history.  These so-called “hinge moments” are popular with alternative historians because they may have directly changed the course of nearly every aspect of the world that we live in. This is a look at some of the more unfortunate (or in some cases, fortunate) moments that happened in the lives of few to effect the world of many. In the time of the Crusades, Friedrich I (b. 1122 and popularly known as Barbarossa) was named King of Germany and Emperor of the Holy Roman Empire, an area covering most of central Europe from the Mediterranean to the Baltic Sea. A fierce leader, Barbarossa spent much of his time as Emperor campaigning to conquer the lands of Italy from where he came. By the late 1180’s, there was a new pope in Rome who was willing to set aside the conflict with the aging German king in order to focus on a new goal: the liberation of Jerusalem and the Holy Land, which had recently been reconquered by the Muslims under Saladin.