In 2011, Chris Jeon was a 21-year old UCLA student from an affluent Orange County neighborhood. A brilliant student and dedicated mathematics major, Chris had his eyes set on a lucrative summer internship at the largest asset management firm in the world – a position that would catapult him into the career in finance that he had always dreamed of. But by the end of the summer, Chris would find himself not sitting in a cubicle, but fighting alongside Libyan rebels in their revolution against Muammar Gaddafi.

This is the story of one of the most epic and unlikely summer breaks ever.

END_OF_DOCUMENT_TOKEN_TO_BE_REPLACED

We would like to take this opportunity to wish our father, and all fathers out there, a very happy and special Father’s Day.  Of course, we cannot let this day pass without looking back and wondering how the celebration started and who the brilliant individual was that kickstarted the idea.  In just another shining example of why Washington is such a great state, credit for Father’s Day is officially given to Miss Sonora Dodd of Spokane, WA.  Dodd was one of six children raised by her single father and Civil War Veteran, Sgt. William Jackson Smart.

While listening to a sermon at church on Mother’s Day, she thought about all her father had done for her and her siblings and decided fathers should have a day, too. Because Dodd’s father was born in June, she encouraged churches in her area, Spokane, Wash., to honor fathers that month.

END_OF_DOCUMENT_TOKEN_TO_BE_REPLACED 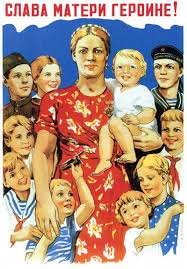 Most of us are aware that population growth is a problem, and we are familiar with population control techniques employed by governments and suggested by economists and doctors to limit the dangers of overpopulation.  Case in point: China employs an infamous one child policy that limits urban couples to having one child.  This is part of the reality of the world we live in today – population is growing at an astronomical rate, and this growth has caused grave concern the world over about the Earth’s ability to support the continued addition of humans across the globe.  Alas, that is a topic for a different post on a different day.

The point is, overpopulation is a very recent concern and development.  Not so long ago, the bigger someone’s family was, the better.  When society was mostly rural and agrarian, more children meant more bodies to help around the house, raise crops, go hunting, etc.  As we moved from the country to the city thanks to the Industrial Revolution, large families became less important as an economic tool and transitioned to be more of an economic burden.  However, it appears this memo was never received in good old post-World War II Soviet Russia. END_OF_DOCUMENT_TOKEN_TO_BE_REPLACED

For those who have never been involved in sending a close friend or relative off to war, it is hard to imagine the myriad of emotions experienced on a daily basis – a mixture of pride and anguish that will never leave a parent, sibiling, or spouse until their warrior comes home. As a reservist myself, I cringe to think of the effect that a deployment would have on my parents. Fortunately, the culture surrounding military families provides for the single greatest support system that could exist around such a massive organization.

But on this day, we remember those who never came home as well as the families they left behind.

END_OF_DOCUMENT_TOKEN_TO_BE_REPLACED

In the long history of human construction, almost every type of material imaginable has been used to build things. After all, you only need to find something that will hold its shape and support weight to make a building with it. The Romans would often embed empty vases into concrete to both reduce the weight of taller portions of structures as well as to take up space and use less concrete. But imagine building an entire house, village, or city out of bottles: crazy, right? To Alfred Heineken, this idea had the potential to change the world. Enter the Heinekin WOBO.

END_OF_DOCUMENT_TOKEN_TO_BE_REPLACED

This afternoon, the 77th Masters Tournament will conclude and a deserving winner will receive one of Augusta National’s coveted green jackets (unless, of course, there is a playoff). This annual tournament draws thousands of spectators – or rather, “patrons” – to witness current and future golf legends provide one of the most entertaining and epic competitions in the world of sports. Held at the same time and place every year, the Masters has become one of the most storied and historic sporting events in the world. In honor of this, here are some famous facts about the Tournament and its home course that you may not have know.

END_OF_DOCUMENT_TOKEN_TO_BE_REPLACED

(If you don’t get the title reference…get cultured.)

Missile launchers near the borders. American warships chugging towards the Korean Peninsula. A cartoonish North Korean guy threatening to wipe everyone else off the map. Once again, it seems like we are closer than ever to a second Korean War. Actually, it would technically be the same war since a peace treaty was never signed to end the first one, but I digress. To someone who is only moderately familiar with the situation, things look bad: North Korea, or Democratic People’s Republic of Korea as it is formally known, almost certainly has nuclear technology as well as rockets to deliver it with; they have the largest army by number of personnel in the world; and they have a young leader with something to prove. But are things really as bad as they think? Let’s face it; diplomatically, things with the DPRK are always screwed up to one degree or another. So let me offer a few considerations from a military perspective that will hopefully let you breathe a sigh of relief.

END_OF_DOCUMENT_TOKEN_TO_BE_REPLACED

Take heed and heart fellow worshipers of this most glorious of sudsy beverages – beer not only tastes like an elixir of the gods (or demons, depending on your poison), but it also has some fantastic health benefits according to this infogram by our friends at WearYourBeer.com – although I do notice that “beer gut” is auspiciously absent from the benefits.  After all, what lady doesn’t like an man with a healthy beer gut, and how else are we supposed to fill the shopping malls of this country with passable Santa Clauses in December???  Important concerns that demand answers…  Nonetheless, please enjoy this fascinating glimpse in to the world of beer!  END_OF_DOCUMENT_TOKEN_TO_BE_REPLACED

We love our mysticism and intrigue. Everyone loves to point to curses to explain behavior and why bad things happen to beloved icons. Case in point: The Sports Illustrated and Madden Cover curses are two of the most discussed and most believed-in curses. Whenever someone goes down with an injury, it is that old Madden/SI curse rearing its ugly head again.

So today I have a treat for you – the melding of two of our most loved institutions in this country: The Little Rascals Curse.